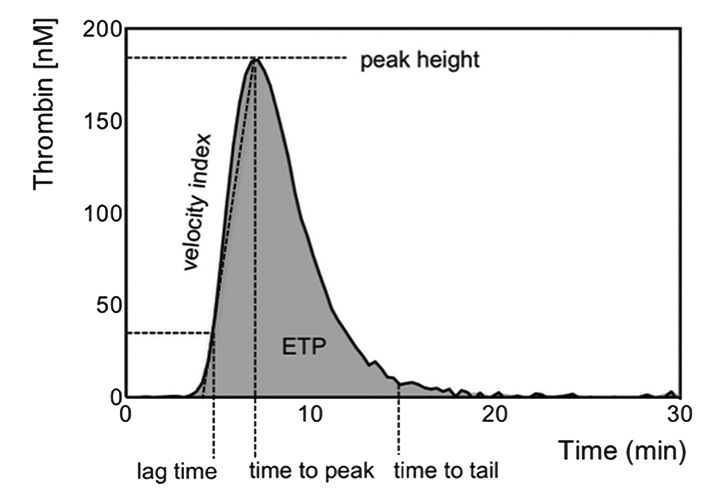 Thrombin generation by means of the CAT assay can be used for several applications, including: